Ever wanted to try if you can cut gemstones with a Dremel? It’s actually easier than you would think. Depending on the hardness of your gemstone it can take a while, but you don’t have to invest in expensive lapidary equipment. You probably won’t want to do this all the time, but when you have […]

END_OF_DOCUMENT_TOKEN_TO_BE_REPLACED 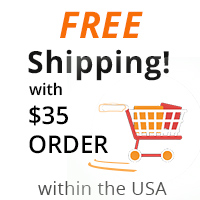