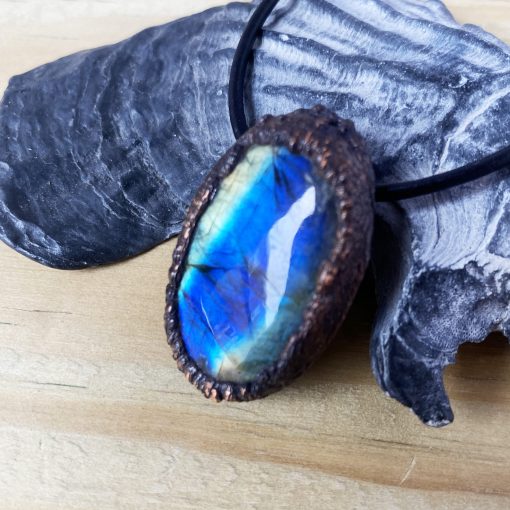 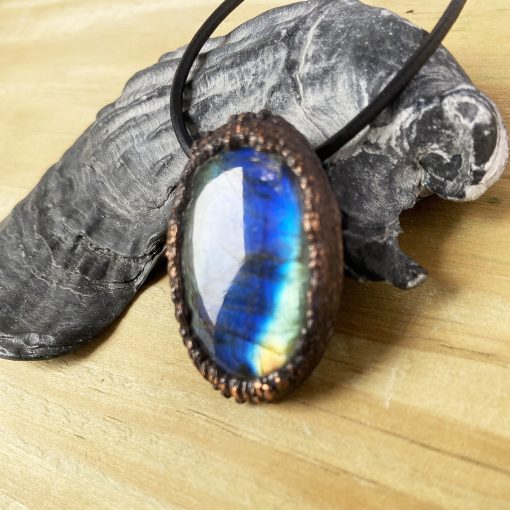 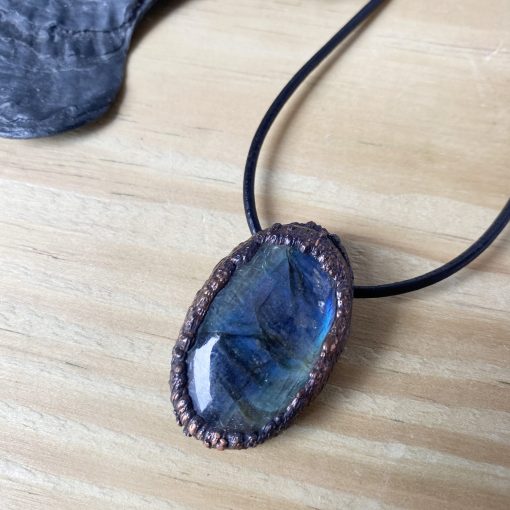 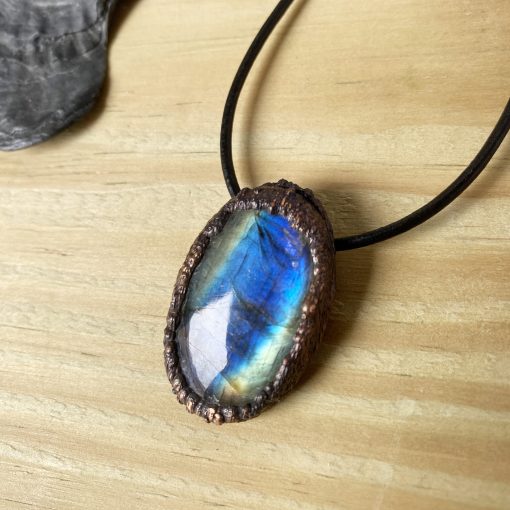 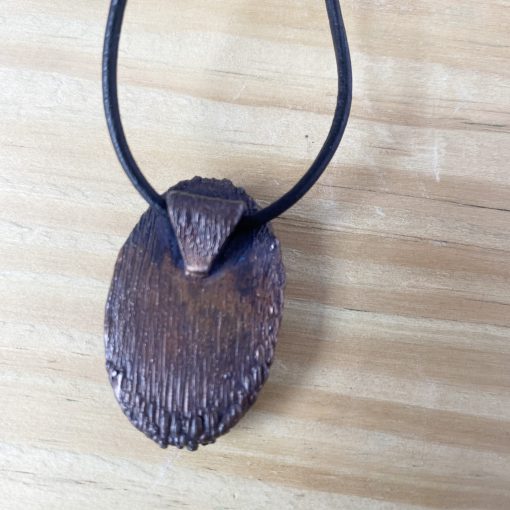 Labradorite electrofomed with copper for a one of a kind setting. This labradorite stone has beautiful blue center with green edges. The surface is slightly rustic and the copper electroformed setting wraps the stone with an organic edge while the flashes of color transport you to skies with the colors of northern lights.

Black leather cord and lobster claw clasp. (I also have blue and black cording. Just send a message.) The size of the stone is 1 3/8 x 3/4″. 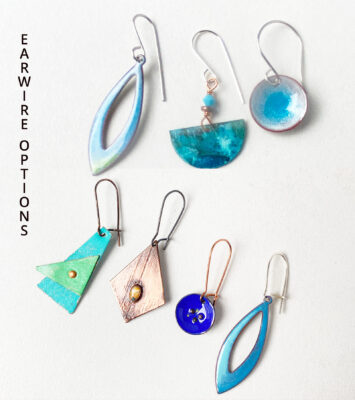 Labradorite has a dark body tone but it is the iridescence that gives the stone its dynamic, lively nature (labradorescence). Labradorite stones appear different depending on which angle the light reflects from the surface. The colors flashes are not visible from all angles, but the angle that you see them can appear very bright.